UPYNĖS: On the Other Shore between Marvelė, Aleksotas and Center

#call
#on the other shore
#rivers
#shores 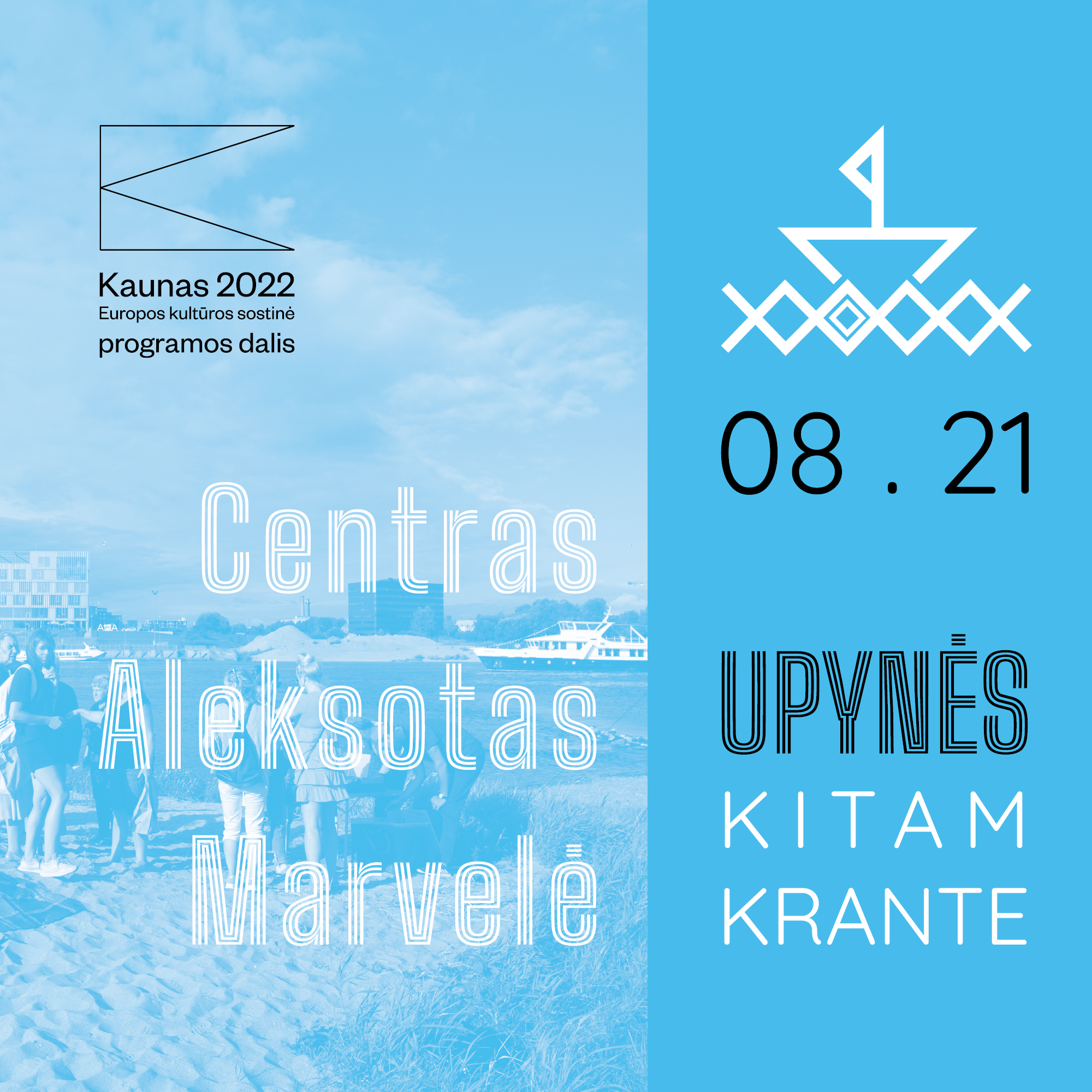 Throughout the summer, we prepared, collected and registered letters, gifts and other parcels from Kaunas residents on different banks of Kaunas (Old Town, Šančiai, Vilijampolė, Jiesia, City Center and Aleksotas) intended for the other bank of the river. The time has come to deliver these parcels to the Kaunas residents living on the other shores and to establish a symbolic dialogue between the shores, so from August 14, three Sundays in August, the UPYNĖS post office will move to the rivers – Nemunas and Neris – and start a logistical postal operation, during which we will transport the parcels prepared by the people of Kaunas from shore to shore and will distribute them to the other participants of the social river game “UPYNĖS: Kitam Krante” (UPYNĖS: On the Other Shore).
We invite all Kaunas people who participated in the river game and registered their parcels in the postal system to return to the water*. We will also be waiting for those who received UPYNĖS postal receipts last year, in 2021**. We also invite those residents who so far have not had the opportunity to participate in the project events to deliver their prepared package to us – you can still bring the letter/package destined for the other shore to us on the day of the event and, after registering the package, immediately receive the package from the other shore!***
On August 21st you can find us at: Marvelė beach – 11-12 o’clock and 5-6 o’clock. At 2-4 c’clock you will find us on the shores of Aleksotas and Center (New Town). In Aleksotas, we will settle in the meadow by the Nemunas, in front of Birštonas st. on the other side of the river (access from H. and O. Minkovskių st., descent to the meadow by steps on the slope below the street). The post office located on the shore of Center is on the new pedestrian bridge to Nemunas Island (opposite the fire station).
When you arrive at one of the shores, look for the blue flag of UPYNĖS as well as for one of the TẽKA team members who will pass the information to the crew of the ship sailing in Nemunas. Registering a new parcel and picking up a parcel from the other shore can take up to 30 minutes, therefore, while waiting for the arriving ship, we recommend finding activities by the riverside: have a picnic, bring outdoor games for family and/or friends, if the weather permits, have a swim in the river.
* it is possible to pick up a parcel from the other shore upon arrival at any event and at any coast.
** game participants who have already received UPYNĖS RECEIPTS will receive the parcel from the other shore only after presenting the receipt! If you have lost or damaged the receipt, write to us on facebook.com/tekakrantine or tekakrantine@gmail.com, specifying your name, the type of package and the date (or shore) of the package registration.
*** ATTENTION: during the riverpost events, we will only be waiting for self-prepared packages, so creative letter writing workshops will no longer be held! We remind you that the parcel must be neatly packaged and have a place ready to put the postal registration stamp on (if the envelope or packaging is non-paper, then stick a piece of paper/cardboard on the packaging). Also, the shipment must not weigh more than 6 kg.

You can find more information about the river mail: https://upynes.lt/en/upynes-on-the-other-shore/