In the summer of 2021, the TẽKA team, together with the communities of Šančiai, Aleksotas, and Vilijampolė, explored the riverbanks of these neighborhoods: collected memories, drew personal psychogeographic maps during expeditions, and discussed the future of these riverbanks, their development and the preservation of a unique riverside identity. Written, pictorial and oral answers were received to the questions (what does the river mean to the communities; what is the relationship between the city and the river; what could be the future of this dialogue; how the different members of the community perceive the riverside). In October 2021 this material, collected during the expeditions, was deciphered and interpreted in an alternative riverbank map* workshop with art critic Justinas Kalinauskas and architect-illustrator Tomas Šuminas. 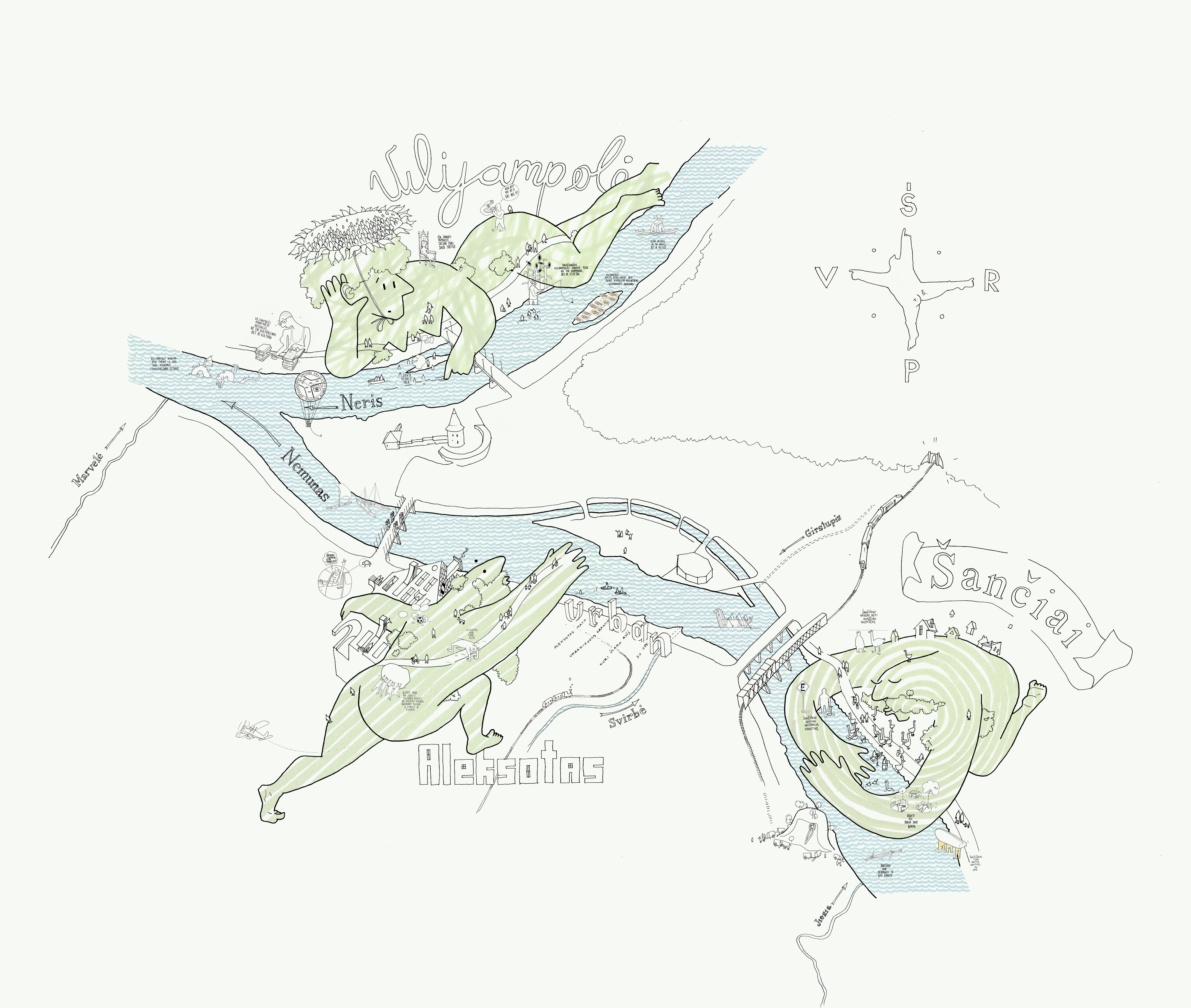 * ABOUT ALTERNATIVE CARTOGRAPHY. A typical map is a visual representation of the surface of a space. Such maps usually mark various boundaries, zones, parameters, as well as social and cultural attributes: property areas, buildings, resources. Some maps simply present phenomena, others reveal certain connections/patterns between phenomena. The scale and detail of the maps also vary: some maps are very narrow and expanded, others are generalized/abstract. Maps at different scales shape perceptions of the environment differently, but in general, all maps limit reality by providing only a limited representation of the world.

Alternative cartography, even though no less limited, can also be very diverse and far removed from official mapping conventions. In such alternative maps we can find a connection between various cultural, creative, imaginary, as well as social, memory, and other phenomena. The visualization forms tested in alternative maps often allow for the materialization/graphical expression of intangible and imaginative products, including memory, personal experiences, nostalgia, community experiences, visions, dreams, and other cross-sections that represent a wide variety of realities not found on any other map. By graphically representing these experiences, we recognize these various phenomena and, at the same time, reveal them to the world. Alternative maps, in this case, can help to better imagine our living environment and involve a wider group of people in its production and meaning-giving.